PureTaboo – Natasha Nice, Kenzie Reeves – Silk Anniversary
Four years after the events of BRONZE ANNIVERSARY, Mr. Walker (Charles Dera) is continuing his annual tradition of bringing home an attractive young lover for his wife Mrs. Walker (Natasha Nice), as her anniversary gift. However, this time Mr. Walker has a twist planned… SCENE OPENS to Mr. Walker impatiently waiting for his wife to return home. When Mrs. Walker arrives, he tells her she’s late, but she doesn’t seem very apologetic about it. They stiffly wish each other a happy 12th anniversary, and then Mrs. Walker demands to know where her gift is. Mr. Walker tells her that she’s in the other room. Mrs. Walker is confused and suspicious as she repeats, ‘SHE?’

PureTaboo - Paige Owens - Watch Your Step Bill (John Strong) in his bedroom. He seems nervous and anxious as he puts the finishing touches on the room, smoothing out wrinkles on the bed and arranging the pillows in a...

PureTaboo - Lana Rhoades - Head of the House After his parents unexpectedly die in a car crash, troubled college student Damian Charles (Brad Knight) is left the keys to the family's estate in their will. The only cl... 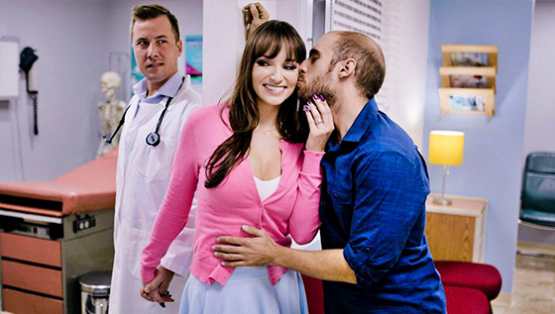 PureTaboo - Jojo Kiss - Jekyll & Dad Conservative Dad By Day Aggressively Fucks His Step-Daughter Each Night SCENE OPENS on Lucy (Jojo Kiss), a 19-year-old teen. She's doing her homework and calls out to the other r...